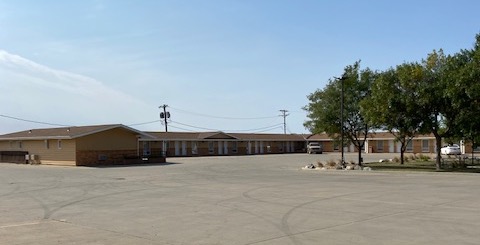 Today was a shitty day.

Let’s start with yesterday when we left Nebraska for South Dakota. We were only in Omaha for one night but I was sad to leave. The area we stayed in (which coincidentally was called aksarben and is Nebraska spelled backward,) felt like a little Brooklyn. I found smoothies, health cookies, veggie dishes without meat in them (a novelty in these parts!) and would have taken that yoga class if there was time.

Then we piled into the car and headed on a whopping 6 hour drive. The idea was to do a big push in order to get to a place we could settle in to for two days and feel a pause. These days, staying at a hotel for more than one night is our idea of stability.

My doula friend recently said it sounded like my family was in active labor with all the moving and pushing to the next stop. Hopefully when we get to Yellowstone we’ll take a minute to nurse our wounds and have ice cream brought to our bed. But for now we push on.

The drive was long but the kids were actually angels. Maybe because we promised them 3 hours of screen time the next day? Whatever it takes. We played hours of 20 questions. It’s my daughter’s favorite. And I feel like it counts as school. She’s learning how to categorize! She’s learning general and specific thinking! These days anytime my kids aren’t on a screen is school as far as I’m concerned.

We also listened to the audiobook of “Little House on the Prairie”. It’s fascinating to hear about Pa smoking the meat in a hollowed out log and melting steel to make his own bullets. And to hear how Ma salted the meats and hung the vegetables in the cellar to stock up for the winter. They lived 100% off the land and their day to day reality could not be farther from ours. And yet, we are traveling in their footsteps.

After a very long haul, we made it to South Dakota to the only restaurant in the area. But “Al’s Oasis” felt less like an oasis and more like a swamp. On top of that the COVID cloud descended upon us – we saw plenty of people walking in and out of the restaurant without a mask on 🙁

Somehow I managed to convince the manager to do curbside pick up for us, even though “they didn’t do that.” Meanwhile, I scoped out the grocery store and saw the same situation. Almost noone had a mask on.

The numbers have been going up in SD (I wonder why), so we ditched the groceries, grabbed our chicken nuggets, and skedaddled.

We arrived at what we thought would be our respite, but it turned out to be a dingy, horror movie looking motel, with a stinky room given to us by a maskless woman in the office. I had asked for  a room that hadn’t been occupied for a while so there was that going for it, but it wasn’t our two-day oasis by any stretch.

I spent the night sleepless. I felt we had navigated into the fire (although that is yet to come when we go west.) I tossed and turned wondering – do we abort the Yellowstone plan completely? How would we handle South Dakota and Wyoming if they were going to be this way? How would we eat? Where would we buy food? It all felt way too risky.

Tsuri and I had a short and tense discussion about it in the dark. I wanted OUT. He wanted to push on. Then we turned away from each other and willed ourselves back to sleep.

I am grown up enough to know that things always look a bit better in the morning. And they did, a bit (besides the political news which was particularly distressing.)

I started scouring the internet looking for an escape. Meanwhile, Tsuri had a busy day ahead at work. And I was about to head into homeschooling HELL.

After quickly grabbing cereal from the breakfast station in the motel (we were grateful for that, although we had to do it at lightning speed,) I sat down to figure out what the kids were supposed to be working on.

Some days have been sort of ok with online schooling. But some days, like today, have been an incessant call of “mama I need help!” and “I don’t get this!” and “I HATE this trip!” and “I am NOT DOING SCHOOL!” When all three of them do it at once it is enough to drive a sleepless, Covid-frenzied, depleted mama to insanity. And it did.

I was hanging on by a thread as I went through a lesson in science on milliliters and kilograms with my son, only to have him botch the quiz, refuse to take it again, and storm out angry. I cut out stars and squares with my daughter who was working on patterns, thinking I was so on top of her work, only to get an email from her teacher saying she got an F because we hadn’t turned in a TON of work I had somehow missed. And my eldest had periodic freak outs about things he didn’t understand. I mean yeah! Why IS it that 4 to the power of zero is 1?! That makes NO FUCKING SENSE!

I was exhausted, defeated, and worried about how we were going to eat tonight. But I’m writing this in past tense. And you’re smart enough to know that the winds shift. And they did.

What happened next? I let the unfinished homework blow away with the desert breeze. The kids got their three hours of screen time. I took a short but nourishing nap. Tsuri finished his work and he and I took a walk down the barren block. With a newly rested lens it looked less like the set of a horror film and comically quaint. There were even two horses who greeted us.

Tsuri went to the market and got some basic supplies. Was he lying when he said noone was in there? Probably. But he knew a wife teetering on crazy when he saw one. And we needed some pasta and sauce to get through the night.

We pulled the bunsen burner out, turned on some music, and went into camping mode. My daughter could not have been more pleased with the situation. The boys were still watching and we didn’t care. We had half a bottle of wine, the breeze was delicious, and the moon came out to complete the picture.

Not all days are roses. Lewis, Clark and Sacajewea’s bags rolled down the river and their feet almost froze in the snow. Laura Ingles lost her dog in the large lake they had to cross.

And us? We come a hair’s length from COVID, get an F on tests and put our marriage to the test.

But if they got through it we can too.

Find out what happens next!